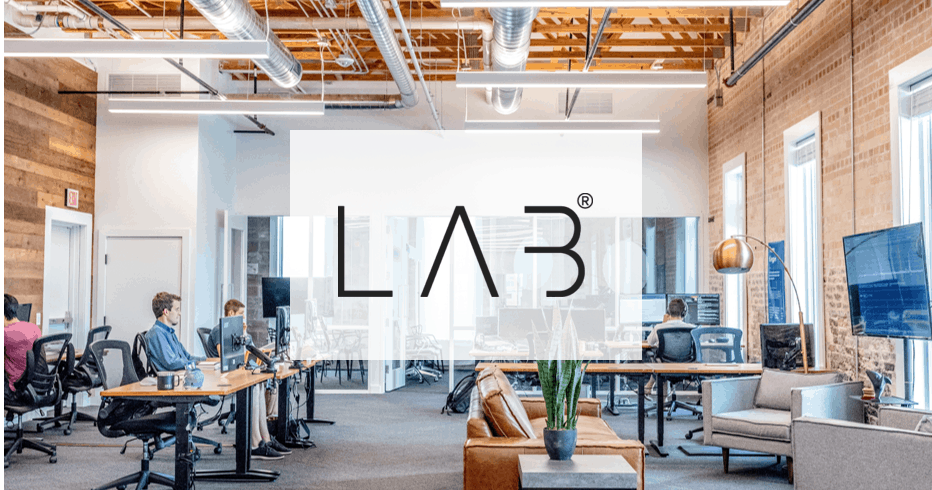 Working with ForrestBrown doesn't swallow up our valuable time as they do a lot of the work for us. With our other claims, it required hours of work from four or five of our technical people.

After claiming with ForrestBrown for 2017, the digital agency LAB Group shifted its R&D tax credit claim to its accountant. But it soon discovered the move increased the time and work required to claim effectively.

After returning its R&D claim to ForrestBrown one year later, LAB found that ForrestBrown’s in-house sector expertise made R&D tax credit claims simpler and less time-consuming for its technical professionals.

ForrestBrown’s end-to-end service meant LAB’s technical experts were able to spend substantially less time writing up technical documents for R&D tax credit claims. This allowed these people to get back to their day job and creating more value for LAB.

R&D tax credits aren’t designed to be a one-off. When the incentive was implemented by the government in 2000, the plan was always for it to stimulate more R&D. Once a business receives a benefit, it should start a chain reaction of investing, hiring, and taking on new projects, meaning the business and their R&D claim will grow year-on-year.

This is why the ideal is for ForrestBrown to work with businesses for many years. But best-laid plans don’t always work out, and sometimes clients leave for another adviser. LAB Group is one such example.

Founded over 15 years ago, LAB is an award-winning independent digital agency. They offer a full suite of digital services, uniquely mixed with a blend of “neuromarketing, psychology and behavioural economics,” explains LAB’s general manager Andy Mason. The agency has 55 full-time staff with offices in Soho and Cape Town.

LAB claimed with ForrestBrown in 2017 but reverted to its accountant for its 2018 claim. “Our accountants at the time requested that we bring the R&D claim back to them,” explains Andy Mason, LAB’s general manager. “They wanted it all under one roof.”

Many businesses claim R&D tax credits successfully with their accountant. But with this particular accountant, Andy found the R&D tax credit service to be quite laborious. LAB’s work is highly technical, and the lack of tech nous at LAB’s accountant meant the work of writing the technical case studies (an R&D tax credit requirement) fell on the company.

LAB’s projects are highly bespoke and technical, often working in cutting edge fields like AI. For example, LAB developed an AI chatbot that can naturally converse with customers. In another example, the LAB team developed an AI e-commerce tool that analyses how consumers buy shoes.

In other words, this is highly technical software development. While accountants are usually conversant in the tax aspects of R&D tax credits, it’s on the technical side where things get tricky. Of course, many accountants know this – that’s why over 500 of them partner with ForrestBrown.

For more on software innovation and R&D tax credits read our post.

In returning to ForrestBrown, Andy was hoping for a more efficient experience. ForrestBrown’s process is end-to-end, meaning we do the gathering of information, technical writing, as well as the number-crunching.

The time investment expected from clients is minimal, topping out at around 6 to 9 hours for the full claim. It was this time investment that ultimately drew LAB back to ForrestBrown for its 2019 R&D tax credit claim.

“Working with ForrestBrown, there’s only two of us that’s required. With our other claim, it was four or five,” Andy says. Time is money, as the old aphorism goes. Any hours that technical staff spend working on a claim are hours they’re not working on their projects.

While some time investment is unavoidable in any R&D tax credit claim, it should be efficient and precisely planned to the full extent possible.

Right now, LAB is in a growth phase. The company is planning to keep investing in new projects, hiring and potentially even completing some acquisitions, according to Andy. R&D tax credits, as a valuable, debt-free source of cash, will help realise these ambitions.

Working with ForrestBrown, LAB can be confident that their future claims will capture every penny they deserve and that R&D claim values will increase year-on-year. ForrestBrown is confident it can deliver these results because we’re not just number-crunchers.

ForrestBrown is, of course, a firm of chartered tax advisers and we take the numbers seriously, but the numbers are only one part of a whole. To understand clients and really capture their work faithfully, ForrestBrown has a team of sector specialists who can really dig into your innovation. This means LAB’s specialists were able to communicate with ForrestBrown on a peer-to-peer level.

“ForrestBrown actually visited in person. It’s a much more personalised service,” Andy says. That’s how ForrestBrown delivers results: Not only accurate and valuable claims – but claims that saves the client’s time.

We always want to retain our clients. But naturally, things don’t always work out that way. Clients leave for all sorts of reasons, often – like in LAB’s case – the client’s accountant requests that the business brings all of its tax affairs into one place.

LAB was able to do this because we don’t believe in tying businesses into restrictive, multi-year contracts. You are free to leave whenever you want. Ultimately, we hope that our extraordinary service is what will keep you coming back, not some shenanigans nestled in the fine print.

With LAB, we were happy to see them return one year later. We’re always prepared to pick up where we left off with a client and to work in unison with their accountant or finance team.

As a member of the CIOT, ForrestBrown adheres to PCRT guidance. If you’d like to work with an award-winning, regulated R&D tax adviser, then contact us at hello@forrestbrown.co.uk or call us on 0117 926 9022.