When BioTech and AI collide: an exciting future for healthcare 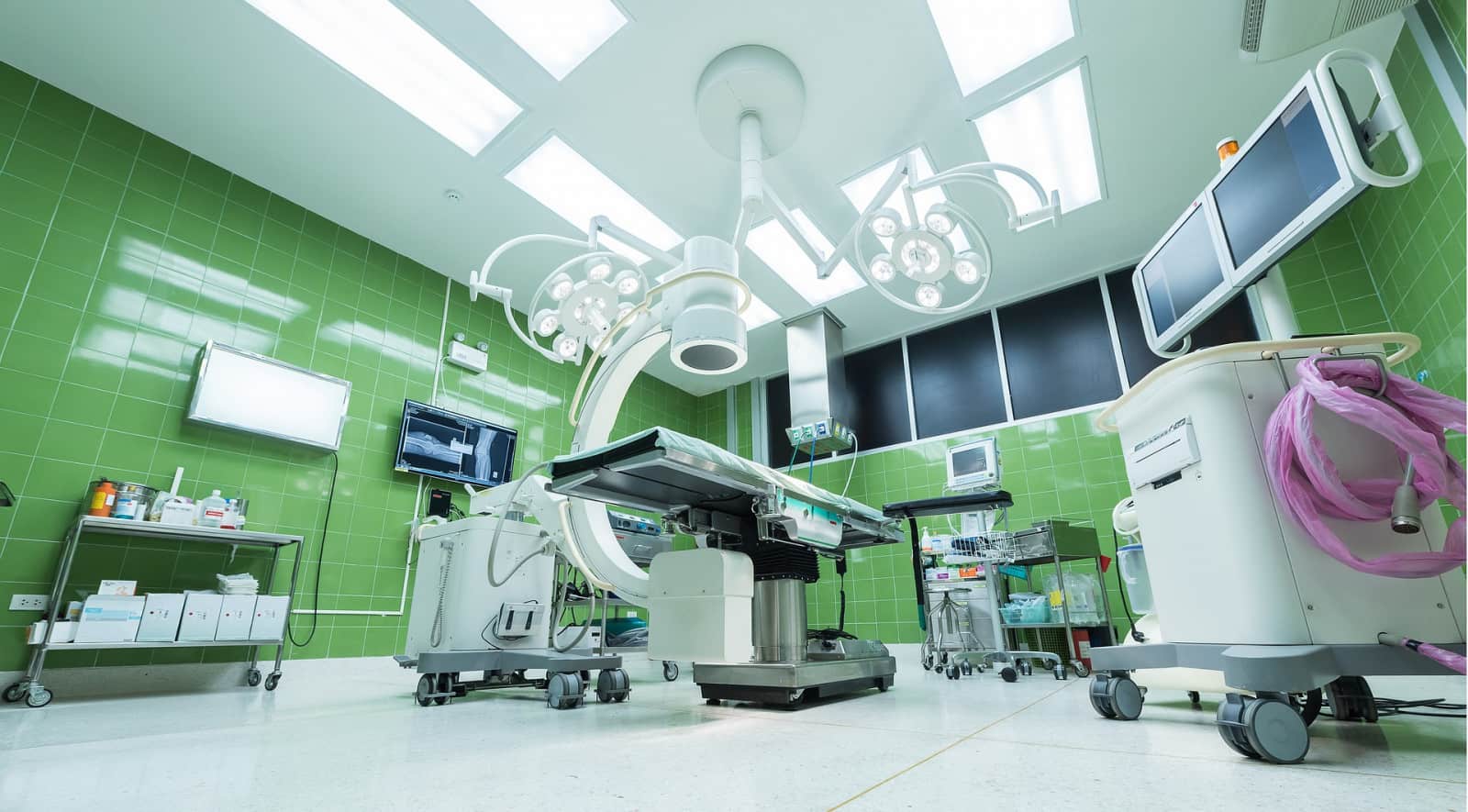 “Software is eating the world. But AI is going to eat software”

So said Jensen Huang, CEO of chip maker Nvidia. The company, which has embarked on a strategy of customising their hardware for machine learning, is a major tech player. Huang cited healthcare as second only to automotives as the industry where AI (artificial intelligence) would have the biggest impact in coming years.

With so many life science challenges facing the world, from horrible epidemics like Ebola to the dementia crisis in the aging west, the collision of AI and BioTech offers a brighter future. We are going to explore the challenges and opportunities in the BioTech sector and look at some of the innovative companies doing inspiring work.

Why AI can help BioTech companies

We have already cited sudden epidemics or pandemics, and the chronic problem of dementia as areas where AI could have a positive impact. To those we can add the astronomical costs of drug pipeline development, growing resistance to antibiotics, as well as tackling issues like prosthetics, transplants and cancer in innovative ways.

AI is in the relatively early stages of being used in BioTech, but already it is proving valuable in terms of speeding up the delivery of healthcare at every stage: from early research and development (R&D) to actual patient-facing care.

We hardly need to add the words ‘cutting-edge’ to go alongside BioTech and AI. It’s obvious that this is innovative stuff. For UK companies working in this space there is a government incentive in place to support your work. It is called the R&D tax credit, and it recognises the benefits of your innovation to the wider economy and society.

Depending on the size and profitability of your company it can be worth up to 33p for every £1 spent on qualifying R&D. This can mean thousands, tens of thousands, hundreds of thousands or even millions of pounds of support to help you make that breakthrough or take your BioTech to the next stage.

So, what does R&D using artificial intelligence in the BioTech industry look like? Here are some typical examples:

How ForrestBrown can help BioTech companies

ForrestBrown helps innovative companies, like those in the BioTech sector, optimise their R&D tax credit claims. This ensures they get the maximum benefit they are due whilst complying with HMRC rules.

Our tax-led approach is delivered by a large team of chartered tax advisers, complemented by ex-HMRC tax inspectors and technical specialists to assure quality. It’s an approach that won us the prestigious “best independent consultancy firm” at the 2016 Taxation Awards.

BioTech in the UK

There is a thriving BioTech sector in the UK. In 2016 it was rated the third largest BioTech cluster in the world after Boston and San Francisco.

BioCity group is one organisation helping facilitate this. Their centres in Nottingham, Alderly Park, and Scotland are home to over 200 life science businesses. In these hubs, companies can access state-of-the-art equipment, training, business support and funding channels.

The golden triangle of London, Oxford and Cambridge account for a large part of the UK BioTech scene. Scotland is a hotbed of life sciences R&D too. Many companies in the life sciences sector are supported by specialist venture capital firms like, for example, Abingworth.

It’s clear that there is a lot to achieve in BioTech, so let’s explore some of the amazing companies in this sector and how they are using AI to improve medical outcomes around the world.

A key stage of drug pipeline development is identifying proteins that are integral to how disease strikes. Such proteins are called targets. They may, for example, help tumours grow or cause inflammation. The objective in drug research is to design molecules that interact with target proteins in a desired way to treat the disease. These molecules are referred to as ligands (to the target).

This approach allows the algorithm – called AtomNet – to understand complex concepts by breaking them down into smaller and smaller pieces of information. In other spheres this has meant that convolutional networks excel at speech recognition and image classification. In BioTech, AtomNet, has been able to successfully learn fundamental concepts of organic chemistry.

Most excitingly, AtomNet has done this itself by studying data. To test the algorithm further, they pitted AtomNet against historical experiments. In a benchmark test called DUD-E it had to make over one million predictions. When these were compared to the historical results, AtomNet performed better than any other structure-based algorithm.

Based upon these results, it is thought this AI technology could halve the number of early stage drug screening experiments, and lead to significantly higher success rates in many more. It demonstrates perfectly how artificial intelligence could help us overcome cancers and many other forms of disease in the future.

One of the giants of the BioTech AI sector in the UK is BenevolentAI. They are headquartered in the Knowledge Quarter tech cluster in Kings Cross, London. BenevolentAI is the largest privately owned AI company in Europe, and among the top five globally.

As an AI company, they decided to apply their technology to the bioscience industries with a particular focus on human health to begin with. This strategic decision has led to their AI technology being used on many biotech projects. These are attempting to crack diseases and afflictions that cause millions to suffer around the world.

In an interview with Business Insider, their founder, Ken Mulvany, observed that 90% of the world’s information was produced in the previous two years – that it’s impossible to process this in conventional ways. Their artificial intelligence assimilates vast quantities of information and makes correlations that humans would never consider. It helps develop hypotheses for exploration that would previously have been unattainable.

To show the possibilities that this use of AI creates, Mulvany’s previous drugs company took 10 years to move 15 drug candidates into development. BenevolentAI have achieved 24 drug candidates in only four years. It’s a step change.

In May 2017, The Sheffield Institute for Translational Neuroscience announced that a drug candidate identified by BenevolentAI was promising. Early research suggests that it may stop the death of motor neurones in patient cell models, and slow down the progress of the ALS standard of the disease. The team can now move on to the next stage of their research.

In another example of BenevolentAI’s capabilities, the company has used its AI technology to lay the groundwork on two drugs for treating Alzheimer’s. In this case, it signed them over to a US company to develop in a deal worth £624 million. This approach may prove to be an attractive model for AI companies in the BioTech sector.

Find out more about Life Science and BioTech Funding

Cutting diagnosis of heart conditions from one hour to 15 seconds

One exciting use of AI in BioTech is in patient diagnostics. US-based company Arterys won FDA approval in early 2017 for their platform which uses AI to diagnose heart conditions. Their machine learning platform also incorporates cloud computing to radically improve the analysis of medical imaging.

In the case of heart conditions, it can make a diagnosis within 15 seconds, enormously speeding up this process. The same task would take a highly-trained medical professional between 30 to 60 minutes.

Most exciting of all, because it uses machine learning, the longer the AI platform is in use, the better it will become at doing its job.

Due to the technology being cloud-based, it can be instantly accessed by experts and physicians all over the world. It’s an innovative way in which the strain can be reduced on healthcare providers at breaking point.

Another company applying AI to the diagnosis of medical conditions is PathAI. They have developed a platform that uses deep learning to solve pathology problems. PathAI’s platform applies algorithms to enormous sets of data to diagnose and understand diseases.

As with Arterys’s ability to swiftly diagnose heart conditions, a breakthrough in this area will take pressure off pathologists in identifying tumours, which is a time-consuming and resource-intensive part of modern healthcare systems.

Other companies operating in this field include Samsung, Houston Methodist as well as a team from Harvard-MIT.

Desktop Genetics was formed in 2012 by three Cambridge postgrads. They offer gene editing powered by artificial intelligence from the design stage all the way through to data analysis.

They built a software tool called AutoClone using real-world lab data and their mastery of bioinformatics. By using an advanced search engine and automating cloning protocols to manage inventories, it speeds up genetic research.

In 2014, in partnership with Horizon Discovery  they developed gUIDEbook. This is a CRISPR (a technique for editing genomes) design tool that works out the optimum design for experiments concerning genome editing.

In 2015, they combined their two earlier software programs to create DeskGen which offers scientists a powerful way to conduct genome research. This is accelerating biomedical research and the discovery of drugs. What is learnt from these helps further the understanding of human disease and genome function.

The use of AI in bionic limbs

AI is being used to power bionic limbs which can actually adapt to the wearer’s body. These operate through inbuilt computers, which are self-aware and acclimatise to the immediate environment and terrain they are on. These limbs learn the wearer’s walking pattern and automatically change the joint’s angles to the appropriate position.

Blatchford, a UK-based rehabilitation provider, has developed microprocessor-controlled knees (MPK’s). These MPK’s have built-in stumble recovery technology, reducing the likelihood of the wearer falling over and injuring themselves. This not only ensures the wearer is safe, it also improves their quality of life by increasing their confidence in performing day to day activities.

Their Linx prosthetic is the world’s first fully integrated, microprocessor controlled lower limb system. It has a smart algorithm that calibrates the limb automatically – a big step forward from previous legs which need to have each joint separately calibrated in a time-consuming process. It has been described as the world’s most advanced prosthetic limb and won the 2016 MacRobert Award – the UK’s top award for innovation.

Another company pioneering the use of AI in artificial limbs is Ossur, who have developed the Proprio Foot. Through a combination of sensors, AI and intricate motors, the Proprio Foot is aware of the needs of the wearer, adapting and changing position when required. Due to the inbuilt sensors, the Proprio Foot understands the exact moment a toe needs to be moved to not drag on the floor, or the angle at which the ankle needs to turn. This ensures a much smoother experience for the wearer than a traditional prosthetic limb would offer.

With up to 70% of amputees experiencing joint and back pain, bionic limbs are changing the way that amputees go about their lives. Therefore, it is no surprise that bionic limbs are beginning to phase out traditional prosthetic limbs, which lack flexibility and are often uncomfortable to wear.

Are you innovating with artificial intelligence in the BioTech sector?

If you are a limited company using artificial intelligence in the BioTech sector, it is highly likely that you will qualify for R&D tax credits. Indeed, you may already be claiming them.

If this is the case, we would still advise talking to ForrestBrown. Our specialist team of chartered tax advisers is adept at uncovering qualifying R&D expenditure that has been missed by other advisers – ranging from Big Four firms to general accountants and other R&D tax credit firms. By reviewing claims to ensure all allowable staff and consumable costs have been accounted for, we are often able to significantly improve the value of a claim.

Grants and subsidies are a big issue in the BioTech sector. The way these interact with R&D tax credits is complex, and our advisers can ensure you make the most of both types of financial support.