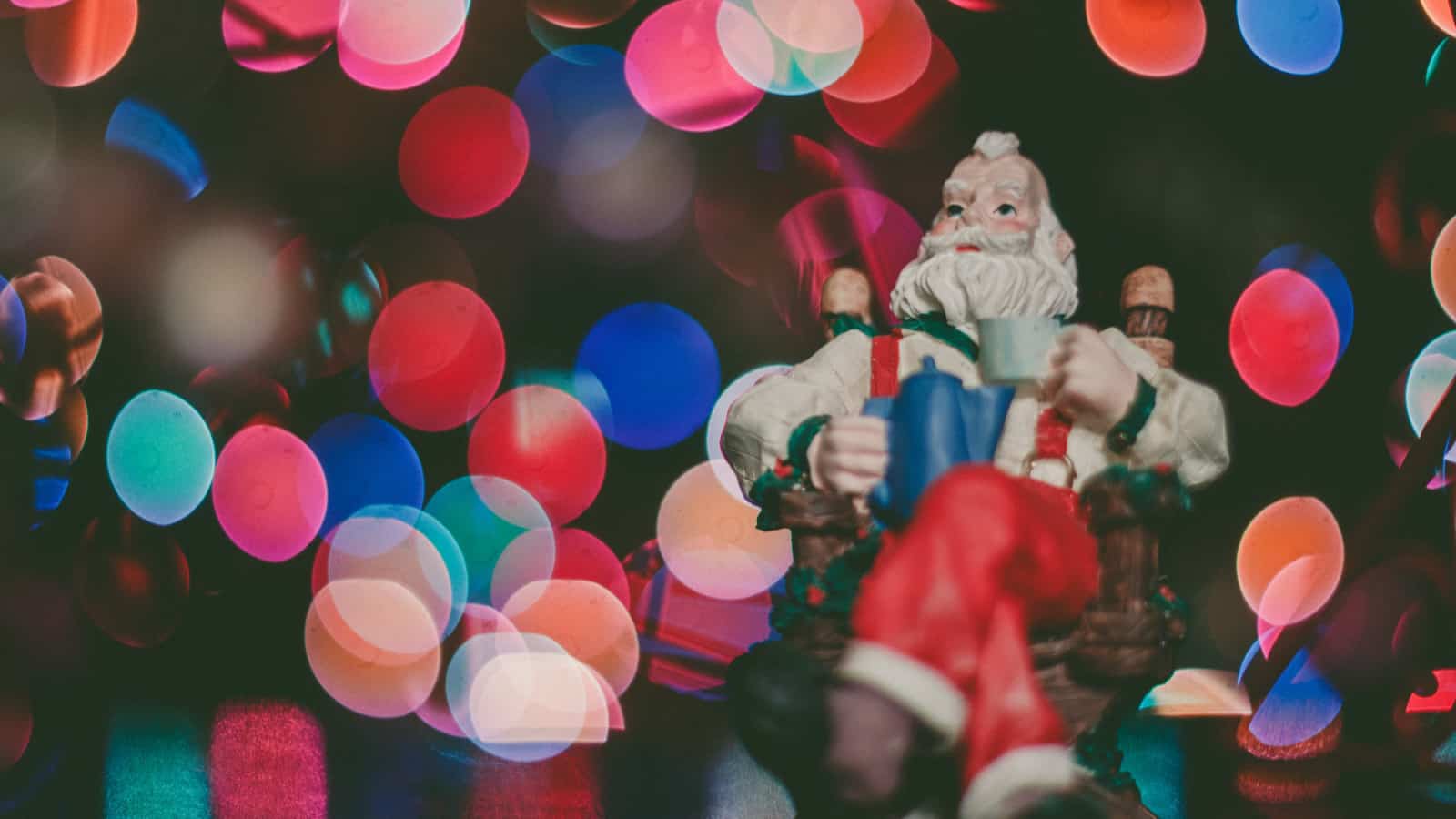 Tech gifts are much-coveted. In this blog, we travel back in time to celebrate the tech gifts of Christmases past: from the 1950s to the 1990s. Which of these gifts did you find under your Christmas tree, and open with glee?

As we travel back in time, it’s hard to ignore that some gifts crop up time and time again. Even today, some technologies have transcended the years and have made it on to our 2017 Christmas gift wish-list.

Retro-tech is back in fashion, with many classic tech gifts back on sale. Let’s indulge our love of tech with a blast to the past: 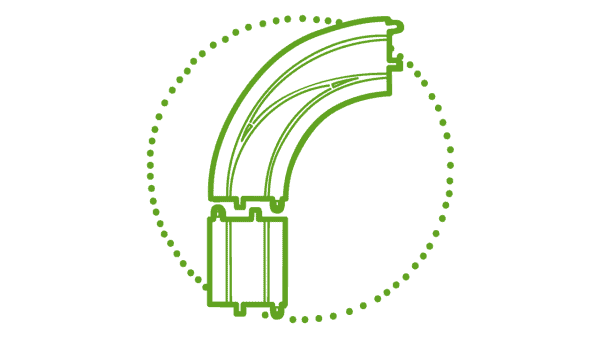 Scalextric, like Lego and Play-Doh (see below), has been a staple Christmas gift over the decades. This iconic and technological toy was introduced to the UK in the 1950s. Originally called Scalex, it consisted of metal cars and clockwork frames. They gained electric motors by the end of the decade and the name had changed to Scalextric too. They were very popular from the outset when production started in 1957, but they have had to be inventive to stay relevant. Innovations include moving away from metal models to injection moulded plastics which are cheaper to produce and, being lighter, more fun to play with. Today, realistic models are more important than ever with big-brand tie-ins, such as James Bond and Top Gear. Scalextric has also gone digital with mobile app integration and wireless controllers. 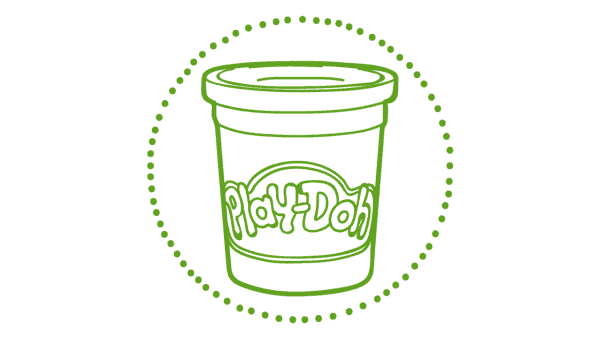 The scourge of many parents who may feel you need advanced technology to clean it up, Play-Doh is a popular toy amongst the toddlers of the 21st century. But it was invented way back in the 1950s. It was actually discovered by accident as a secondary use from a failing wallpaper cleaning chemical compound. Technology wasn’t very digital back in the 50s. With domestic trends meaning wallpaper cleaner was in decline, so were the fortunes of one manufacturer, Kutol. The sister-in-law of an executive at Kutol was desperate for materials for children to play with at her nursery. Excess stock of a wallpaper cleaning compound appeared to be the natural thing to turn to! But she was on to something. The kids loved it and persuaded Kutol to repurpose it by removing the detergent and adding a sweet-smelling almond scent. After some national TV exposure, Play-Doh quickly became a national and then international hit with millions of dollars’ worth of sales annually. 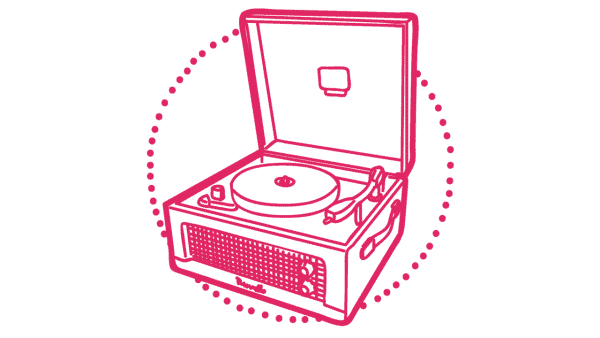 There were two types of people in the 1960s: those who owned a Dansette all-in-one record player, and those who wanted one. Maybe that is a bit of an exaggeration, but these were certainly hot tech and there are stories of customers queuing up outside the warehouse for their orders to be made. The earliest models (in the 50s) were the equivalent of about £1,000 in today’s money. But by the 1960s models were available for about a third of that and they were a popular Christmas present with a sales spike in December. About the size and shape of a suitcase and with a handle, they were relatively portable. This meant the burgeoning pop music scene could be enjoyed anywhere with an electric plug socket.By the end of the 1960s over one million Dansettes had been sold, but technology had overtaken them. Stereo, hi-fi, cassettes and cheap Japanese imports sounded the death knell for this once-popular tech, and the company went into liquidation. 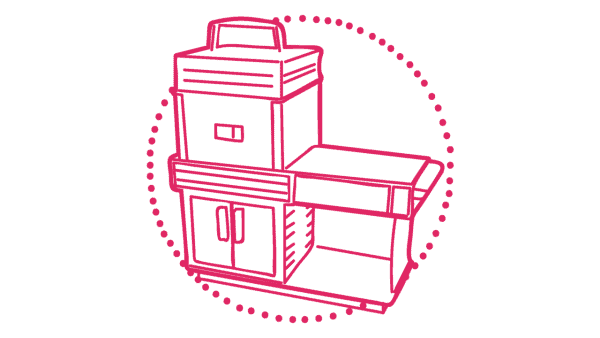 Another toy that has stood the test of time is the Easy-Bake Oven. This was a working toy oven developed by American company Kenner in 1963. Using incandescent light bulbs as a heat source, it allowed aspiring junior chefs to cook their lucky parents cakes and biscuits. The Easy-Bake Oven (now made by Hasbro) has had many design innovations over the decades. Long gone are those incandescent lightbulbs, which are now replaced by proper heating elements. These changes have ensured it stays popular throughout the generations. In its first year 500,0000 units were purchased and millions had been sold by the end of the decade. 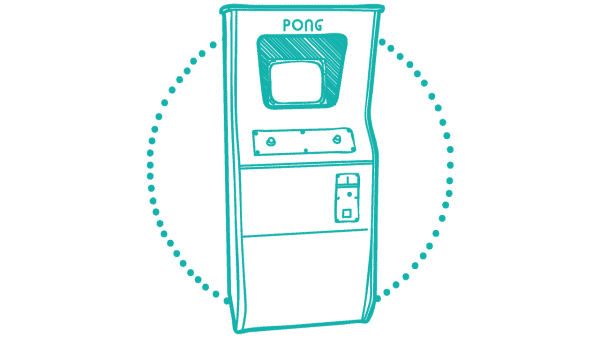 Call of Duty and Grand Theft Auto may seem like the pinnacles of computer game technology right now, but the introduction of Pong back in 1972 was also a real game changer. Originally manufactured by Atari, this simple 2D graphics arcade game depicted a ping pong match – and it was one of the first computer games ever created. The game features two bats and a ball, and it can be played by two people or one player against the computer. In 1975 Atari released a home edition of Pong and today it is considered to be one of the games that kicked off the booming gaming industry we know today – whilst also proving that video games are quite the money-spinner by selling around 150,000 by the mid-70s. 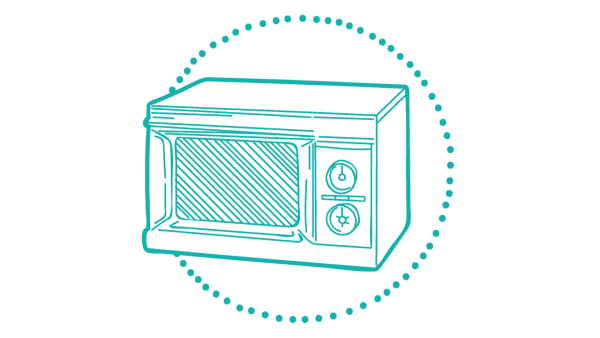 It’s hard to imagine the modern home (or office) without a microwave. They are perfect for when you’ve had a late one at work and all you want to do is relax. But the microwave has an interesting history, having been originally created from microwave technology that was developed during World War Two. The very first commercially available microwave cost approximately £40,000 in today’s money, was 1.8 metres tall and weighed 340 kg! And whilst they were introduced to the general public in the 1960s, microwaves only started to become a common sight in the home in 1970s. By 1975 one million units had been sold. They have since become incredibly popular due to their simplicity and have greatly reduced in price, making them a fixture in kitchens around the world. 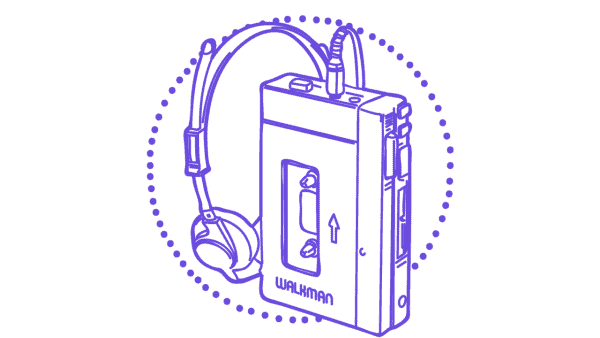 The epidemic of headphones, which everyone and their dog seems to be wearing as they walk down the street, sit on the bus, or tap away at their computers at work, can be traced back to Sony at the start of the 1980s. For it was them that pioneered personal, portable music listening, with the Sony Walkman. A favourite Christmas present of the 80s and start of the 90s, Sony revolutionised music listening by designing a cassette player that could fit in your pocket. Looking back, it’s probably fair to judge it as a watershed invention. One that has been continuously improved ever since – often by Sony but also other companies that have taken up the baton. Over nearly 40 years, we’ve gone from tape, CD, Minidisc, MP3 and now streaming. So, who was number one when the Sony Walkman was in its first year in 1980? Blondie, David Bowie and The Police to name a few – the Christmas number one that year was ‘There’s No One Quite Like Grandma’ by St Winifred’s School Choir. 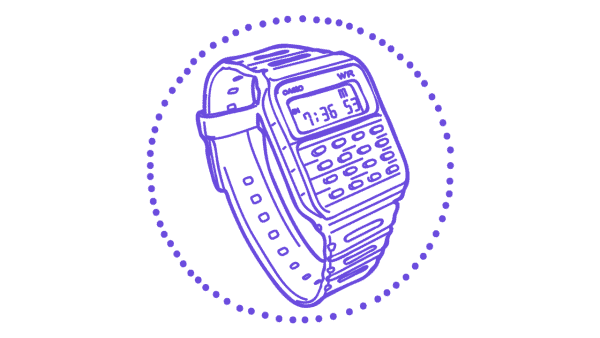 Watch, calendar, stopwatch, dual-time and calculator, the Casio C-80 was a boffin’s perfect gadget, and a reason for bragging rights at school (perhaps rivalled by the ‘remote control watch’ which was useful for winding up the teacher by surreptitiously interfering with classroom TV learning sessions). One feature that was particularly innovative about Casio’s creation was the rubber numeral buttons that were finger operated. Contemporary rivals required a stylus for precision typing, but this clever watch could determine the primary key you intended to press. With the growing popularity of smartwatches today, it is interesting to see their evolution from perhaps the original ‘microcomputer on your wrist’. Let’s leave the last word to Casio on this one from one of their adverts at the time: “The Casio C-80. Functional beauty in a digital watch that symbolises the 1980s perfectly.” We wouldn’t argue with that! 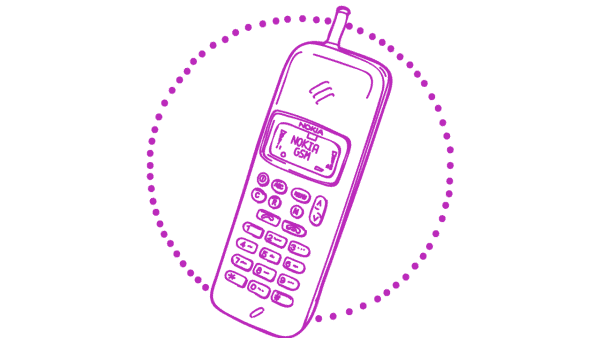 Where do we start with the mobile phone? There are very few pieces of technology that have revolutionised our lives quite like these have. As the 90s came to an end, they were a top present for older teenagers, young adults, mums and dads, and even grans and grandads as the market began its race towards saturation. The world’s first mobile phone call was made on 3 April 1973 by a senior engineer at Motorola. He was calling a rival telecommunications company to kindly inform them that he was talking to them via a mobile phone – although he probably neglected to tell them that it weighed over 1kg, the battery lasted 30 minutes of talk time, and it took a prompt ten hours to charge. In the 1970s mobile phones were seen less of an everyday necessity and more of a plaything of the super-rich, with the status factor being a prime selling point. But as the technology within them decreased in size, so did their price tags, making them the product that we all know (but not all love) today. 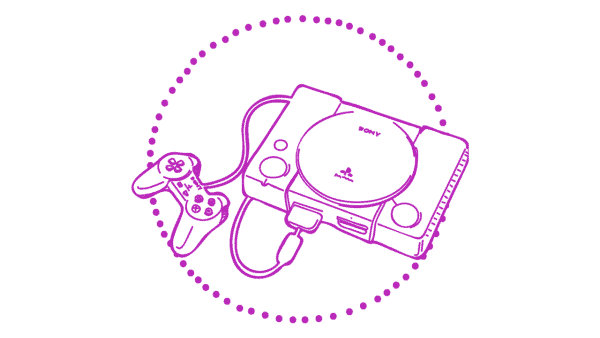 The first video game console to sell 100 million units, Sony’s PlayStation became available to the public when it hit the market in Japan in 1994. Since then it has become known as one of the ultimate gaming consoles. The PlayStation introduced 3D gaming to a mass audience and played a big part in dismantling the cartridge game industry with its use of CDs. But finally, despite the shrieks of fans around the world, Sony ended the manufacturing of the original PlayStation in 2006. The success of the PlayStation has played an integral role in countless people’s childhood years, introducing us to all-time classics such as Final Fantasy, Metal Gear Solid, Tomb Raider and, of course, Crash Bandicoot. 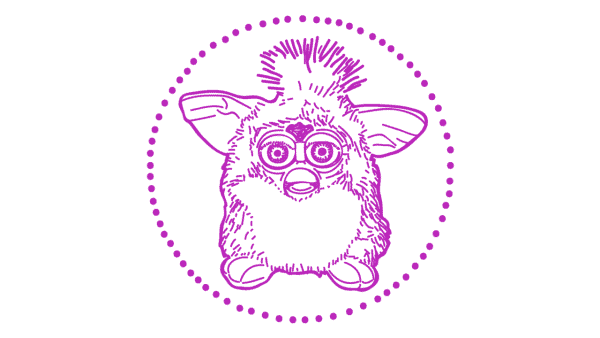 Is it a hamster? An owl? Or just a completely made up animal? This question has been asked and left unanswered since the release of the Furby in 1998. But one thing we do know is that towards the tail-end of the 90s, Furbies were an absolute must-have for children everywhere. Originating in the USA, Furbies are electronic robots that, when unboxed, can only speak in Furbish – a language consisting of short words and simple syllables. However, they are programmed to speak more and more English in place of Furbish as times goes on, mimicking natural language learning. The eyes, mouth and ears of a Furby can also move due to a simple electric motor that is built into them. By Christmas 1998, Furbies could be found at the top of many present wish lists. It’s therefore no wonder that at the end of their three-year production period, over 40 million Furbies had been sold.