Seven ways LED technology is lighting up our lives 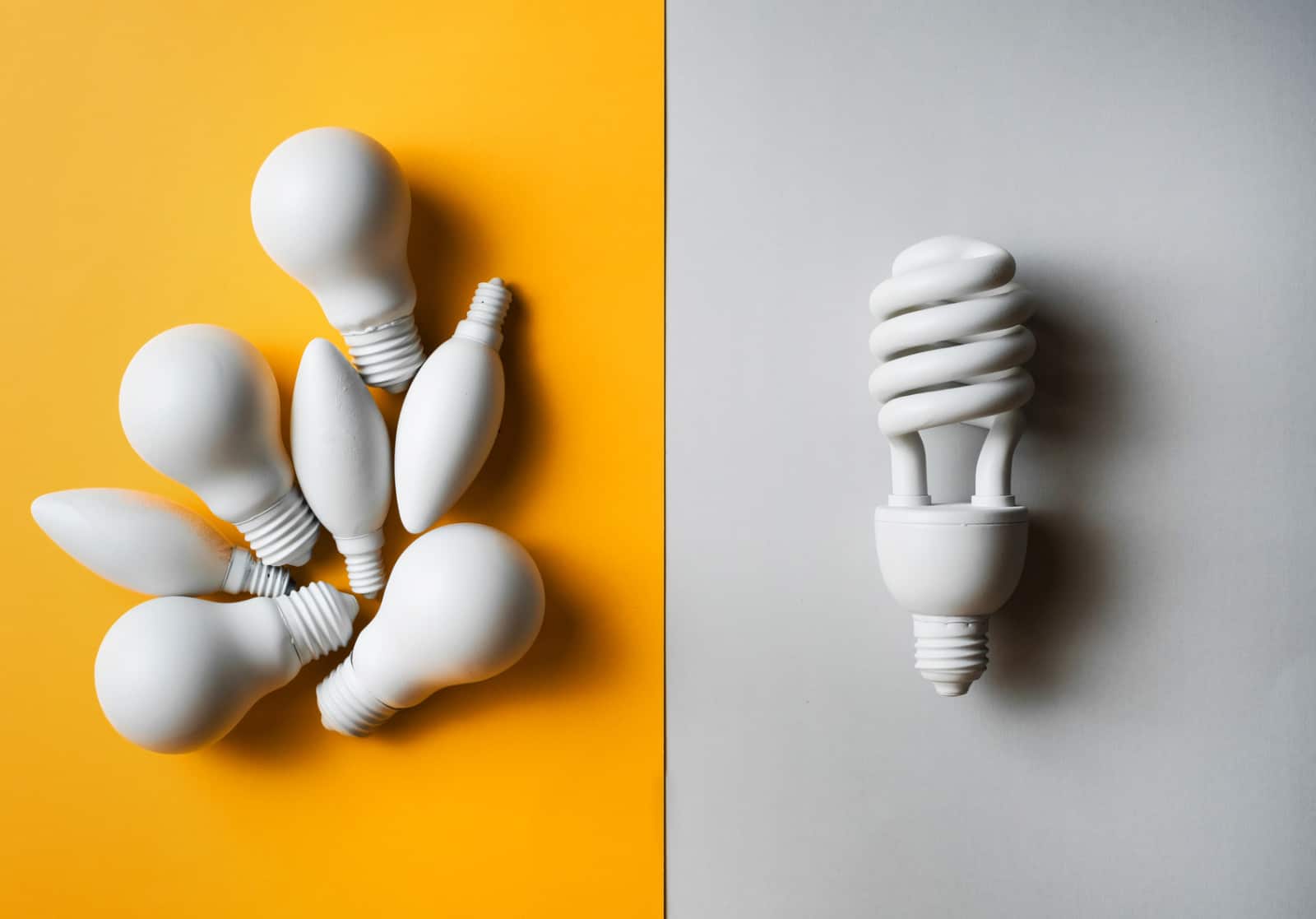 When it comes to lightbulb moments, the LED revolution that is going on right now is truly inspired. Offering huge efficiency savings, precise control and a wide range of practical applications, LEDs are the future of lighting.

Although first developed in the 1960s, it is only in the last ten years or so that they have started to have a sustained mainstream impact. We will explore seven game-changing areas in which LED lighting technology is positively impacting our lives.

What is LED technology?

LEDs (light-emitting diodes) are semiconductor light sources that are activated when voltage passes through. In traditional lightbulbs, known as incandescent lighting, much of the energy used to generate light is lost as heat, making them extremely inefficient.

Other lighting technologies like halogen or CFL energy savers offer limited green credentials, but have other drawbacks like unsatisfactory lighting quality or poor performance in cold temperatures. They could now be seen as stepping stones to LEDs. This is because LEDs fix all these issues with over 90% efficiency on incandescents, whilst offering unparalleled control and lighting quality.

With such a cutting-edge technology, many companies are working tirelessly to deliver improved LED performance. Areas of LED R&D include:

Their innovative nanoceramic dielectric – which they developed through a patented electro-chemical oxidation process –  is far thinner than conventional dielectrics. When coupled with its high thermal conductivity yield this gives it the lowest thermal resistance of any metal clad PCB (MCPCB) substrate in the industry. As this video shows, this means brighter light, lower costs, longer lifespan and enhanced green credentials. It is a great example of LED R&D in action.

For companies that are carrying out innovative work on LED technology in the UK, R&D tax credits are a valuable source of funding. They allow businesses to receive a corporation tax reduction and/or a cash credit. The amount will depend on how much qualifying expenditure was spent on relevant staffing and consumables (like electricity) costs. For an SME, the average claim is worth more than £50,000 – and for some, it can be worth much more.

So how is LED technology brightening our lives?

These may be one of the technologies that are most recognisable. New cars are fitted with signature daylight running lights at the front (often LED). These bright white strips of light make it easier for pedestrians, cyclists, cars and other road users to see a vehicle, which has a significant impact on road safety.

Daylight running lights became a legal requirement on new cars sold in the UK from 2011. Research informing this legislation suggested that once all road vehicles were equipped with them, multi-vehicle accidents and fatalities would reduce by 6%.

Some manufacturers also use LEDs to power headlamps. Here they do have advantages of low running costs, brightness and small size which allows for interesting headlight design. However, they are expensive to install in cars and high temperatures generated in the assemblies pose technical problems.

LED lightbulbs have been responsible for slashing our household energy bills for a few years now. Up to 90% more efficient than conventional bulbs, people can now light up the whole house using the same amount of electricity that it took to light each room using old-fashioned bulbs. As well as cost saving, this also has a tremendously positive impact on the environment through lowering our carbon footprint.

R&D in this area is continuously improving efficiency, brightness and lifespan to LED bulbs, as well as optimising them for other exciting applications which we’ll explore.

It may sound unnatural but this method of farming actually requires no chemicals such as pesticides. This is because the crops are completely protected within their indoor environment. Because heat, light and water are controlled, crops are not at the mercy of the changing seasons so can be grown around the year.

One UK company operating in this field is CambridgeHOK. Among other services they offer tailored light recipes for indoor farms. The benefit of these are that bespoke light spectrums can be designed to optimise the growth of individual crops, allowing for the most efficient cultivation. This technological advance can lead to up to 50% energy savings.

Li-fi is a system for transmitting data that uses light waves instead of radio waves. Light waves are already used for this via fibre optic cabling and Li-Fi could be considered the wireless version of this. The visible light spectrum has 10,000 times the capacity of the radio spectrum. This means there is huge potential for freeing up radio bandwidth as the demand for high speed mobile internet increases.

LED technology is relevant because as LED lightbulbs are essentially electronic devices, they can act as communications systems as well as their primary purpose of lighting. The Li-Fi Centre are UK-based pioneers of Li-Fi. They have already clocked download speeds of 3-4 Gbs using off-the-shelf LED lightbulbs. This shows just how viable this new communications system is, as their Director Professor Harald Haas explains in this video:

Another benefit of Li-Fi technology is that it can be used in areas where traditional wireless transmission is prohibited due to radio interference such as in hospital wards and aeroplane cabins.

LED technology has been an important part of the flat-screen television revolution that happened over the last 10-15 years. It has led to thinner, more energy efficient screens with far more vivid colour. The research that goes into developing modern televisions is fierce, with different manufacturers adopting different approaches. The standard way of using LEDs in TVs is to have an LCD (liquid crystal display) screen that is lit from the back or edges by LEDs. The LCD screen generates the colour.

Some companies opt for a more expensive solution known as OLED (Organic LED). Because OLEDs can be produced as far smaller units, the screens can be made directly out of them Instead of using a combination of LED and LCD technology. While both approaches to LED TV technology have pros and cons, combined, they have without doubt made our viewing experience far better.

6.      LED lighting and our circadian rhythm

This is one of the most exciting uses of LED lighting. Light strongly influences how we feel and perform. Our internal biological process that regulates this is called our circadian rhythm. Because LED lightbulbs can be designed so that their light output is variable, special units can be developed to promote learning, work productivity and how well we recover from illness.

One UK company working in this field is Apollo Lighting. The have developed an innovative lighting system called CareLux. This has been designed to help dementia patients in a hospital environment.  It is a dynamic lighting system that can provide general lighting or a variable colour temperature between 3000K to 6500K. By mimicking daylight, it can stimulate the circadian rhythm. This can help patients maintain their 24-hour sleep-wake cycle and ensure their biological systems remain in sync with each other.

LED technology is not all about efficiency and cost-savings. LED bulbs can be beautiful too. Designer filament bulbs have had a renaissance, and innovative companies are applying LED technology to the traditional filament bulb to make it efficient as well as beautiful.

Bright Goods are an exciting company operating in this field. Inspired by the “original” inventor of the lightbulb – Englishman Sir Joseph Swan – they develop innovative LED filament lamps. Blending LED lighting knowledge with traditional industrial design techniques, they produce lightbulbs that we would all like to see hanging in our living rooms.

Are you innovating in LED technology?

It’s plain to see that the LED lighting sector is as broad as it is innovative. If you are developing brand new LED products or are improving existing ones you should explore your eligibility for R&D tax credits. Our award-winning team of chartered tax advisers have a robust claims process designed to optimise the value of an R&D tax credit for you. For more information, give our friendly team a call on 0117 926 9022 and we will be happy to help.