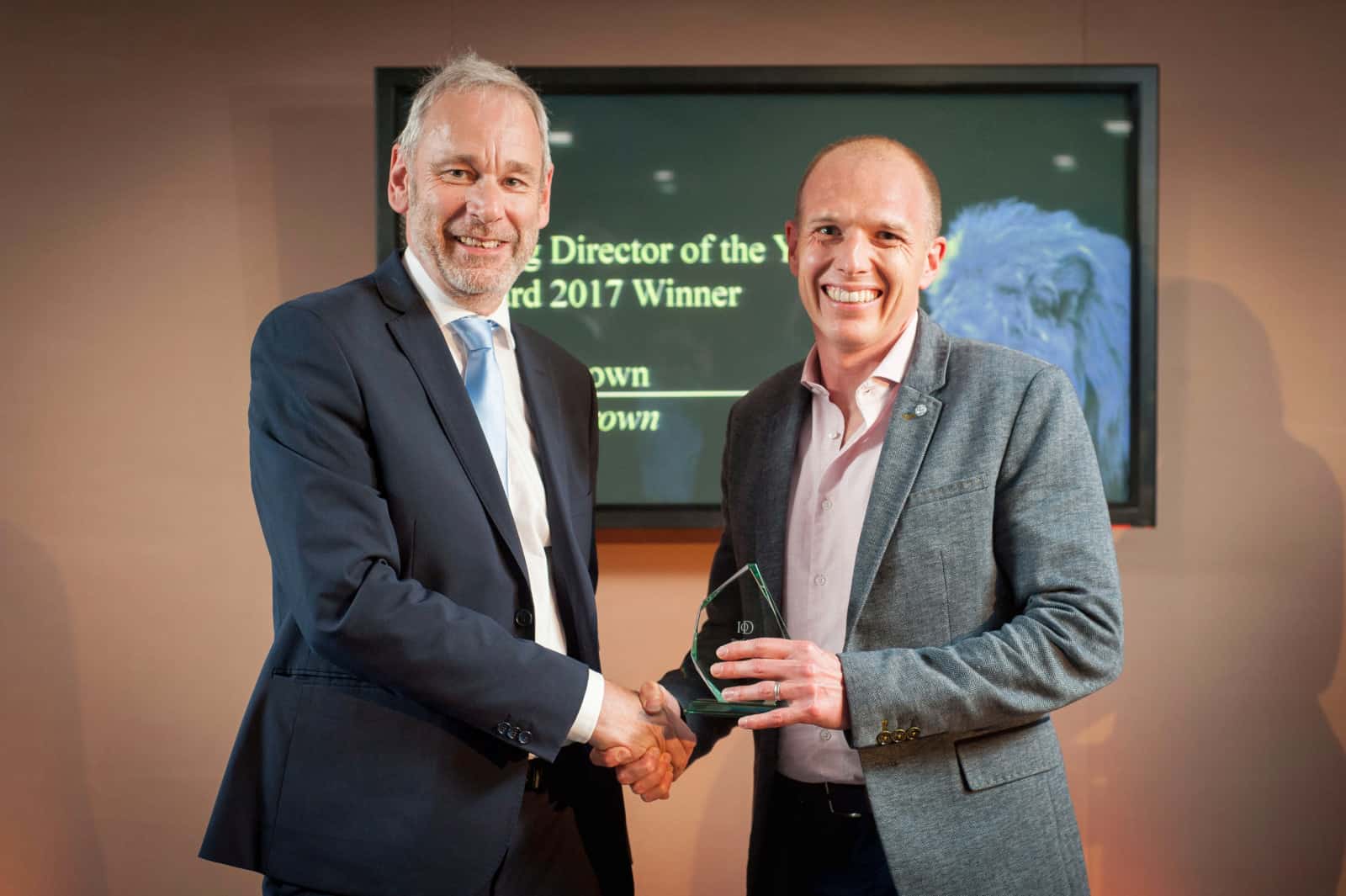 Robert Buckland from Bristol, Bath & Swindon Business News presented the award with this note from the IoD judges.

ForrestBrown has seen significant growth in 2016 and has achieved real recognition within the tax sector, as well as fuelling further business innovation and development across the South West region and beyond.
Simon has built a complete and successful professional services business with a ‘start-up feel’. Financial performance is outstanding based on a good board structure and solid processes. Well done indeed Simon.

Simon was up against contenders from Dorset, Gloucestershire and Cornwall in this hard-fought category. This win is the third for ForrestBrown in as many months, and comes after an incredible 2016 during which the firm doubled in size.

The entire ForrestBrown team has grown under the guidance of Simon’s leadership and we are thrilled with his well-deserved win. Simon has built ForrestBrown from the ground-up, with the company now made up of over 50 employees. ForrestBrown is a strong business that delivers for its clients and is a fantastic place to work.

In 2013, chartered tax adviser Simon Brown changed direction from his successful tax career to start a new business – ForrestBrown. It would do just one thing: research and development (R&D) tax credits.

On day one, Simon had no office and no clients. With no outside investment and a lot of hard work, Simon has built a fast-growing specialist tax consultancy that today employs almost 50 people.

Simon has created a tax business with a difference. Suits don’t equal impressive performance for Simon. What does, is building solid relationships with clients and delivering outstanding results.

2016 was Simon’s most successful year to date; ForrestBrown delivered a cash boost of £50 million to innovative businesses and was awarded “best independent consultancy firm” at the Taxation Awards 2016 – the Oscars of the tax world!

2017 is set to be even bigger! As ForrestBrown continues to grow, Simon’s focus for the year ahead will be looking for talented tax advisers to join his star team.

Mark Mason, founder member of Bristol Private Equity Club, who has worked with Simon for a number of years, had this to say about the win:

I’m delighted that Simon has won this prestigious award. It recognises four years of hard work by him and his team that has resulted in one of the fastest growing and most outstanding businesses in the UK.

To read more about our growth, see 2016: a ForrestBrown year in review, and for more about the IoD awards, check out the list of finalists and other winners.